Useful Seminars at the British Library

If you own, manage or invest in a startup or other small business, you should check out the Business and Intellectual Property Centre at the British Library at 86 Euston Road. If you don't know the area it is almost next door to St Pancras station and a short walk from King's Criss and Euston.  It has a massive collection of business publications with access to even more online.  It is open to anyone with a reader's card which can be obtained upon showing evidence of identity and residence.  The Library also has Linkedin and Facebook groups.

If you are new to the Centre you could do worse than attend the free workshop on 13 Jan 2020 entitled Introduction to using the  Business and IP Centre.  The seminar starts at 10:30 and continues to 13:00. atter which there will be a chance to meet the speakers, staff another attendees informally over refreshments  On the same day, there is an introduction to intellectual property entitled Can I protect a business idea starting at 14:00 and ending at 17:00 which is also free.   If you miss either of those talks they are repeated on 27 Jan (see Introduction to using the Business & IP Centre and Can I protect a business idea 27 Jan 2020).

After you have attended these introductory lectures you mat want to try some of the others.  Seminars that I would attend if I lived nearer London include

Having founded and chaired the inventors' clubs at Leeds, Liverpool and Sheffield, I am delighted to see that the British Library will launch an Inventos Club on 27 Jan 2019 between 18:00 and 20:49 and I will support that in any way I can,

Anyone wishing to discuss this article or any of the issues mentioned in it should call me on 020 7404 5252 or send me a message through my contact page,
Posted by Jane Lambert at 17:46 No comments:


On Friday, the son of my former ward celebrated his 8th birthday. For a birthday treat his parents and I took him to the London KidZania which describes itself as "An Indoor City Run by Kids." Located in the Westfield shopping centre in Shepherds Bush it consists of 75,000 square feet of replica child size shops and offices on two floors where children aged between 4 and 14 can try their hands at all sorts of occupations.

Children and their accompanying adults pass through immigration where they are issued with wristbands. Activities are paid for with kidZos which is KidZania's private currency though food and drink have to be purchased in sterling.  Activities for adults are limited to queueing with children, watching their role play, consuming refreshments and riding a bus.

Like a lot of children's attractions, KidZania is a transatlantic concept, but from Mexico rather than the United  States.  The first KidZania opened as  La Ciudad de los Niños (Kids' City) in Mexico City in 1999.  La Ciudad was rebranded as Kidzania in 2006 when a second children's city was opened in Monterey. The Mexican company KidZania S.A.P.I. de C.V. has registered the word KIDZANIA as an EU trade mark for a wide range of goods and services in classes 6, 16, 20, 21, 25, 41, 42 and 43 with effect from 3 Jan 2003. It also holds many other trade marks and trade mark applications relating to KidZania around the world.

The company has franchised KidZania theme parks in 20 countries, mainly in Latin America (Brazil, Chile, Costa Rica and Mexico) and Asia (India, Indonesia, Japan, Kuwait, Malaysia, Philippines, Saudi Arabia, Singapore, South Korea, Thailand, Turkey and the United Arab Emirates).  So far, there are none in the United States and only three in Europe (Lisbon, London and Moscow) bit that is about to change with planned openings in Chicago, Dallas, New York and Paris.

About the only role plays for which no provision was made in London was the law which I would have found strange as a child for I knew that I wanted to be a barrister from a very early age. However, Wikipedia reports that there is a court at the Bangkok KidZania and there are others in other cities.

The investment of some of those brand owners is impressive.  British Airways, for example, has contributed part of an aircraft fuselage and flight simulation equipment and many members of the KidZania staff wear British Airways uniforms.  Clearly, those brand holders see marketing or other opportunities in KidZania.

Our 8 year old tried his hand at print and TV journalism with Metro and Aljazeera, chocolate making with Cadbury and flight training with British Airways among other activities.  There was quite a lot of queueing for one or other of his parents during which time I relaxed in Costa's coffee shops. I also watched him perform in Aljazeera's TV studio and I have a new keyring with a photo of the little boy in an airline pilot's uniform.

Anyone wishing to discuss this article or the legal protection of branding generally by trade mark registration, the law of passing off, geographical indications or otherwise should call me on 020  7404 5252 during usual office hours or send me a message through my contact page.  I should also like to wish all my readers a very happy New Year.
Posted by Jane Lambert at 07:58 No comments:

The State of Small Business in London 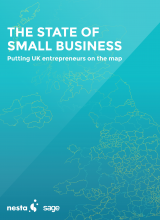 With 1,010,075 SME, London is the region with the largest number of small businesses. There are 37.6 startups for every 1,000 of the population which is more than 3 times the national average. However, London also has the biggest proportion of business failures (18.0 per 1,000 compared to 6.8 for the national average).  Detailed information for each local authority appears on the State of Small Business website.

Glancing at selected local authorities the City of London has 17,130 SME employing 156,145 persons of whom 41,521 are in financial services, 40,492 in professional, scientific and technical services, 18,989 in business administration and support and 16,925 in information and communication technologies. Financial services are by far the most productive sector with the greatest productivity. The City has 5 accelerators, 2 incubators and 126 flexible work spaces.  Westminster has 45,850 SME employing 325,857 persons in a wide range of business services.It  15 accelerators, 5 incubators and 257 flexible work spaces. By contrast, Lewisham has only 9,370 SME employing 30,803 and has no accelerators, incubators or flexible works spaces.

Anyone wishing to discuss article or SME generally should call me on 020 7404 5252 during office hours or send me a message through my contact form.
Posted by Jane Lambert at 18:02 No comments:

Thought for Food: IP and Takeaway and Restaurant Innovation

What possible link could there be between IP and fast food?  Lots when you think of it. Trade Marks, passing off, geographical indications and of course all sorts of improvements in food preparation and distribution technology that can be patented.

That will explain why Gary Townley of the Intellectual Property Office will be speaking and exhibiting at the Takeaway & Restaurant Innovation Expo  2017 that takes place at the ExCel Centre today and tomorrow. Gary is also presenting a course on IP for the food and drink industry at Northampton Central Library on Thursday.

IP in the production, preparation, marketing and distribution is a subject of which I have had a lot of experience having been in some important cases and having advised and represented some rising stars in the industry. If you are engaged in agriculture, food preparation, distribution or catering I should be glad to talk to you. Call +44 (0)20 7404 5252 during office hours or send me me a message through my contact form.
Posted by Jane Lambert at 15:12 No comments:

In my Inventors' Club blog today I mentioned the Mums Enterprise Roadshow which is holding a series of "child-friendly work and business exhibitions helping mums on a mission whether that be retraining, finding flexible work, starting up or growing a business."

The first of those events is taking place at the Business Design Centre in Islington today. According to the event webpage, there are some interesting talks and exhibition.  If you happen to be in London today and have the time it would seem to be an event that is well worth attending.  The Centre is very close to Angel and Highbury and Islington tube stations and is on several bus routes. Parking is not quite so easy if you come by car, but the website says there is space for 250 vehicles at the nearby Hilton.

If any of my readers who attend the event would care to report on what they saw and did, I should be very glad to publish what they have to day.

Should you want to discuss this article or innovation in general, call me on 020 7404 5252 during office hours or send me a message through my contact form
Posted by Jane Lambert at 11:39 No comments:

The index applies a number of different criteria in drawing up its index which are set out in the Methodology section of its website.  Applying those criteria, Nesta produced the following table of leading European ciies for start-ups:

For scale-ups, the table was:
Why London? ESCi explains:

"The city’s substantial financial sector is undoubtedly a major benefit: not only is London’s venture capital industry the most developed in Europe, but the presence of many financial services firms helps promote a growing number of fintech and crowdfunding startups, like Seedrs, Funding Circle, Transferwise, Wonga and DueDil. London is also the accelerator and coworking capital of Europe, as well as boasting a number of world-class universities. Its vibrant startup scene is supported by a strong creative cluster around ‘Silicon Roundabout’ and, despite Brexit fears, the city still attracts significant talent from all over the world."

If anyone wants to discuss the legal aspects of starting a digital or any other business, call me on 020 7404 5252 or send me a message through my contact form.
Posted by Jane Lambert at 23:00 No comments:

Two opportunities announced recently by the British Library Business and IP Centre:
The advice that successful candidates on the scale-up programme will receive is as follows: developing a growth strategy, refining the candidate's business model, product and service innovation, creating a marketing strategy, building a brand, maximizing intellectual property and business and market intelligence.

The two-day start-up course covers business planning, finance, marketing and other practical information and introductions to the resources of the Business and IP Centre and intellectual property.

Further information on the Business and IP Centre website (see Innovating for Growth: Scale - ups).
Posted by Jane Lambert at 20:32 No comments: