IP strategy for FinTech Start-ups and SMEs - and Other Matters 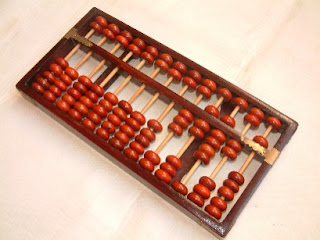 On Monday the Intellectual Property Awareness Network ("IPAN") celebrated World Intellectual Property Day with a seminar entitled IP strategy for FinTech start-ups and SMEs. I was one of the speakers and I shared the platform with Alessandro Hatami, Fernando Da Cruz Vasconcellos, Xuan-Thao Nguyen and Janice Denoncourt. Amanda Solloway MP, UK Minister of State for Energy and Intellectual Property sent a recorded video message as did the Dean of Nottingham Law School. Well over 100 people attended the event and I noticed some very well-known names on the attendees' list.

I have been following the law of what is now called FinTech even longer than I have been practising intellectual property law.  Indeed, as I said in Celebrating World IP Day, (26 April 2021 NIPC News), it was FinTech that led me to intellectual property.   The reason for my interest is that I was legal adviser to VISA International for Europe, the Middle East and Africa in the early 1980s I discussed that time n my profile:

"Banks were developing electronic funds transfer systems which gave rise to many new legal issues on such matters as authentication, competition, privacy, software development transactions, telecommunications regulation and trans-border data flow. I wrote a number of articles and other publications including "Electronic Funds Transfer: the Emerging Legal Issues" for the Law Society Gazette in 1984 and contributed sections on computer contracts, data protection and electronic banking to Atkin and the Encyclopedia of Forms and Precedents. I also addressed The International Bar Association in Vienna in 1984 and the International Chamber of Commerce conference on electronic banking in Madrid in 1986."

In 1985 I answered an advertisement in Inner Temple for tenants for chancery chambers in my birthplace Manchester.  I was offered a tenancy and returned to independent private practice at the English bar.  However, I continued to write about FinTech and, occasionally, I was instructed in FinTech cases.

Prof Denoncourt invited me to contribute to Monday's webinar after I  had published a case note on Judge Melissa Clarke's judgment in Communisis Plc v The Tall Group of Companies Ltd and others [2020] EWHC 3089 (IPEC) (Fintech Patents - Communisis Plc v The TALL Group of Companies Ltd. 22 Nov 2020).  That was an action for the infringement of a patent for a method of generating a payment/credit instrument and a counterclaim for revocation on the grounds that the invention was not patentable and lacked an inventive step.  The learned judge held that the patent was invalid on both grounds and that the defendant's product did not infringe.  The reason I wrote about Communisis is that it was about FinTech and disputes over such patents are relatively uncommon, at least in the United Kingdom.

"It’s worth observing the “unicorns” of the fintech world when considering IP. Of the top 35 unicorns, less than 25% have filed for one or more patents. This means that the average fintech is far from IP-intensive and more centered on commodified software technology than the mythology one would want to believe."

That was the case when I was at VISA during the 1980s and it remains the case now.  As I observed in Kalifa Review fails to mention Patents for FinTech Inventions on 26 Feb 2021 in NIPC Invention, the Kalifa Review of UK Fintech hardly mentioned intellectual property at all and it did not discuss the difficulties of patenting FinTech inventions.

I discussed some of those difficulties in How far (if at all) is it possible to protect Innovation in Financial Technology? in IP Yorkshire as long ago as 12 Aug 2014 and more recently in Protecting FinTech Invention on 27 April 2017 in NIPC Law.   In the first of those articles I wrote:

'the following (among other things) are not inventions for the purposes of this Act, that is to say, anything which consists of -
(a) a discovery, scientific theory or mathematical method;
(b) a literary, dramatic, musical or artistic work or any other aesthetic creation whatsoever;
(c) a scheme, rule or method for performing a mental act, playing a game or doing business, or a program for a computer;
(d) the presentation of information......'

Much of the technology used in the financial services industry are computer programs and their output consists of methods of doing business and the presentation of information."

In the second article, I added:

"Most FinTech innovation will be software implemented. Software is difficult to patent in England and indeed the rest of Europe because of the exclusion of computer programs "as such" by s.1 (2) (c) of the Patents Act 1977 and art 52 (2) (c) of the European Patent Convention. Moreover, patents are expensive to get and maintain and even more expensive to enforce. There must be full disclosure as to how they work. A 20-year term is likely to exceed many times the economic value of the technology."

One of the grounds on which the claim in  Communisis failed is that the invention was not patentable as a mathematical method and program for a computer.  Communisis is therefore an object lesson as to why patents are not usually a good way of protecting FinTech innovation.

There are alternative ways of protecting such innovation.   Flowcharts, specifications, screen output, source and object code, manuals and the contents of databases can be protected from unlicensed reproduction by copyright.  The disclosure and use of sensitive technical or commercial invitation can be prevented by the law of confidence or the new Trade Secrets Directive (Directive (EU) 2016/943 of 8 June 2016 on the protection of undisclosed know-how and business information (trade secrets) against their unlawful acquisition, use and disclosure (OJ 15.6.2016 L 157/1). Goodwill accruing to a brand can be protected by the registration of the brand name or logo as a trade mark. Finally, there is first-mover advantage.

My colleagues' presentations were excellent.   One important takeaway for me was the lead that China has taken over the rest of the world in FinTech. That was stressed by Prof  Xuan-Thao Nguyen in her presentation but also mentioned by Alessandro Hatami in his. Prof  Xuan-Thao reminded the audience that China applies for some 1.4 million patents every year and has now supplanted the USA as the main user of the Patent Cooperation Treaty (see China Increases its Lead in International Patent Applications 11 March 2921 NIPC News).  She also mentioned the speed with which the Chinese courts can dispose of infringement and invalidity actions. China has effectively eliminated cash for most transactions.  Even beggars accept electronic payments there (see Beggars in China go cashless, but there's more than what meets the eye 2 July 2018 Business Today).

Our moderator on Monday was John Ogier who is Chair of IPAN.  He was previously Registrar of the Guernsey Intellectual Property Office. Guernsey has some curious intellectual property laws.  It is one of the few jurisdictions in the world to protect image rights (see Jane Lambert Guernsey's Image Rights Legislation 2 Jan 2013 NIPC Law and Kate Storey Guest Post - Kate Storey: Guernsey's Image Rights  8 Jan 2013 NIPC Law).  The article by Kate Storey is particularly interesting as she helped to draft the legislation when she was with Collas Crill.   Guernsey also has its own patent law even though it has no facilities of its own for examinations and searches.  The patents of any country that is listed in Sched. 2 to The Registered Patents and Biotechnological Inventions (Bailiwick of Guernsey) Ordinance, 2009 can be registered without any examination in Guernsey.   As I said tn Guernsey's Patent Law 18 Jan 2011 NIPC Law, China, India, New Zealand, Russia and the USAQ are listed as well as the EPC countries but not Australia or South Korea.

The evening finished with a Q & A.   I was asked what could be done to reduce the cost of enforcement.  I said that a lot had already been done with the adoption of Lord Justice Arnold's proposals in 2010. These limited trials to 2 days, recoverable costs to £50,000 for trial and £25,000 for an account on inquiry and damages to £500,000. I added that for most IP claims under £10,000 that could be tried in one day there was a small claims track. CPR Part 27.14 limited recoverable coss to a few hundred pounds. I recommended greater use of alternative dispute resolution such as ICANN's UDRP for domain name disputes, the IPO's opinion service for disputes over the infringement and validity of patents and the Company Names and the Company Names Tribunal.

I reminded the audience that intellectual property law did not exist solely for the benefit of intellectual asset owners. The purpose of IP laws was to strike a fair balance between rights holders, consumers and competitors.  The high cost of litigation kept patents, trade marks and designs on the register which should not be there.

Finally, I observed that the Unified Patent Court Agreement that Mr Boris Johnson himself had ratified in his capacity as Foreign Secretary on World IP Day 2018 would have reduced the cost of patent litigation considerably but that ratification had been reserved by none other than our fellow panellist Amanda Solloway MP on 20 July 2020. I had been looking forward to asking the Minister for the reason for that volte-face (see Jane Lambert Has the Volte-Face on the Unified Patent Court Agreement been worth it? 25 April 2021 NIPC Brexit). Sadly, the Minister was not there to justify herself.

Anyone wishing to discuss this article or any of the topics discussed in it should call me on +44 (0)20 7404 5252 during office hours or send me a message through my contact form.